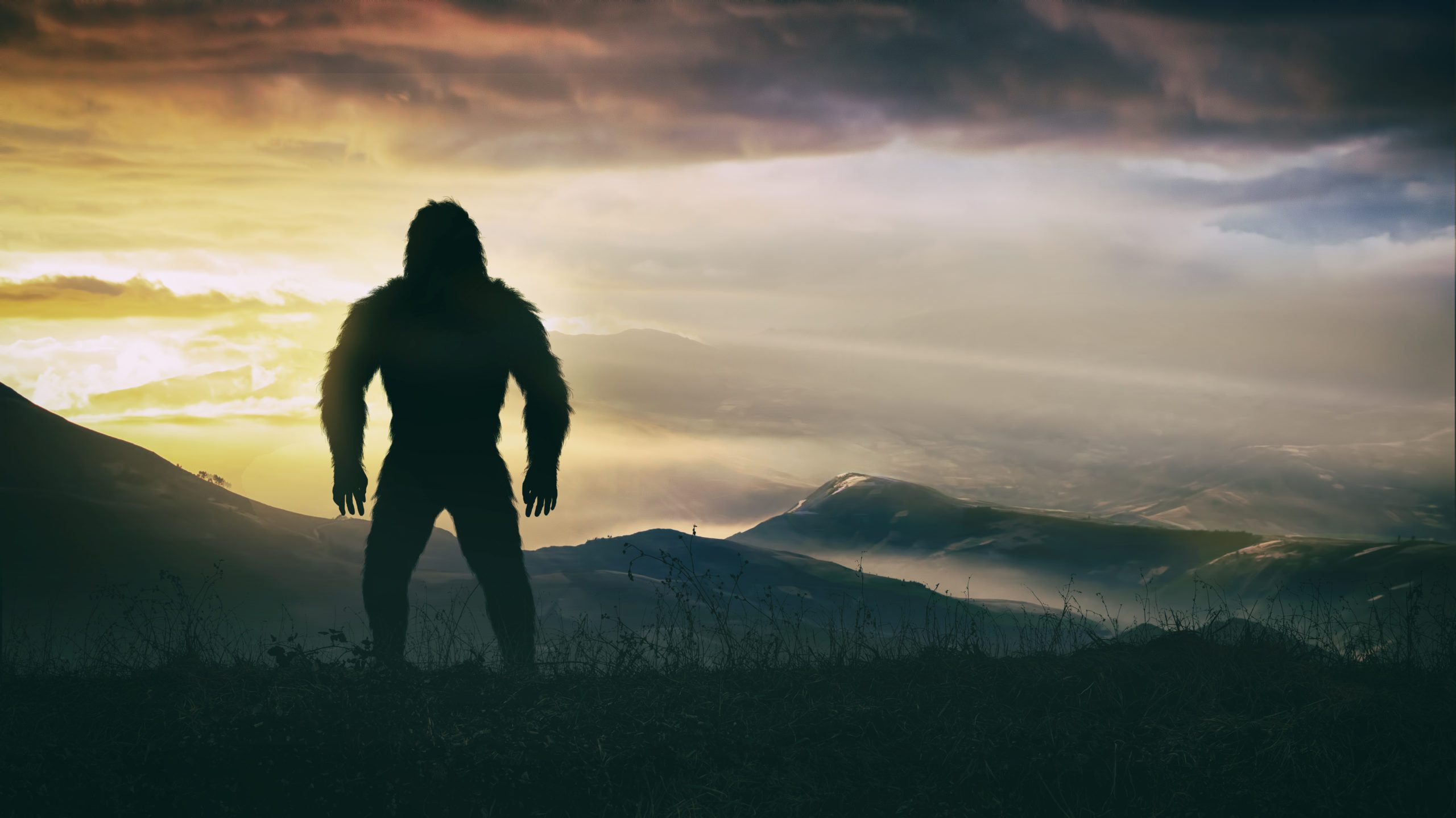 Confessions of a Bigfoot Lover by Kirsten Langston

“It was this huge, tall thing—really tall—and it walked on two feet.”

I fully confess that I’m a Bigfoot fanatic. I’m a Loch Ness Monster fanatic too. I just can’t get enough. I am fascinated with the idea that there are creatures out there that we haven’t discovered yet—ancient dinosaurs and hominids just right under our noses. It’s possible. The coelacanth, a prehistoric fish, was believed to be extinct for sixty-five million years. Guess what turned up in 1952 and is still alive and swimming today?

For those of you who aren’t familiar, Bigfoot is a cryptid, an animal whose existence has not been discovered or documented by direct evidence. In other words, no one has brought back the body of a dead Bigfoot, so we can’t prove they exist. There are legends of Bigfoot going back to Native American days. The Native Americans called him Sasquatch.

He’s known in other parts of the world as well, and they call him by different names: Yeti, Skunk-Ape, and Wild Man. Bigfoot is said to populate the heavily wooded areas of various countries. He is believed to be a missing link—some sort of Neanderthal who never evolved. He is seven to nine feet tall, covered in matted hair, weighs between 600 and 900 pounds, and apparently smells horrible. He’s also very antisocial.

The first documented North American sightings occurred in the early 1800s; the sightings continued with more frequency until the 1920s. But it wasn’t until 1957 when a man found footprints around a construction site in Humboldt, California, that Bigfoot madness struck.

After this, people came forward with all sorts of sightings and stories. More and more people started finding Bigfoot tracks and making plaster casts of them. Then came the Holy Grail of Bigfoot evidence: the Patterson-Gimlin footage. You’ve probably seen it. In 1967 one of two things happened: Roger Patterson and Bob Gimlin set out with a buddy in a costume to make a Bigfoot hoax movie, or they set out alone to hunt and miraculously found a Bigfoot at Bluff Creek, California.

I like to believe it’s real, but who knows. The footage is pretty convincing. It shows a female (there are boobs), striding across a dry creek bed. She notices the two men and their horses, turns her head, and then strides off into the trees. After this footage was released, people went crazy looking for Bigfoot. Books were written, and Bigfoot societies were formed. There are even laws against shooting a Bigfoot in some places.

Despite over two hundred years of sightings, there is no direct evidence. No one has found a body—not even a tiny fragment of a body. Scat has never been found (that’s poop; I’m trying to keep it sciency here). No one has discovered hair fibers or evidence of living areas.

There are grainy photos and movies. There are supposed recordings (and let me tell you, these are absolutely terrifying to hear) of Bigfoot screaming. There are people who claim they see families of Bigfoot all the time; some claim they come into their yard and take fruit from trees. But never once has there been concrete evidence of the existence of Bigfoot.

It’s the same with the footage of lake monsters, Nessie included. There is no way to prove the photos and videos are real. In fact, many have been proven to be fakes.

Personally, I have never seen a Bigfoot. But I know someone who has. Back when I lived in the haunted cabin in Guerneville, or as I like to call it, the gateway to Hell, my boyfriend at the time came home late one night, white as a sheet. He was not a liar or an exaggerator and had lived in that area his whole life. He woke me up but then wouldn’t talk about what had happened at first. Finally, he said, “I saw something I’ve never seen before.”

He went on to tell me this: “I was driving down one of the back roads from the ocean back to the house, and something crossed the road in front of the truck. I saw it ahead of me and slowed down. I thought it was a bear at first. It wasn’t a bear. I’ve lived here my whole life; I know what bears look like. We got close enough (he had a friend with him), and it walked right in front of the headlights. It was this huge, tall thing—really tall—and it walked on two feet. It had dreadlocks all over its body and even its face. It looked at us and just kept walking into the trees. I’ve never seen anything like that.”

He was obviously shaken and refused to tell anyone else what he’d seen. He was afraid they would think he was crazy.

In the meantime, I’ll keep watching those videos on YouTube and hoping for the best.