Dolores Cannon, Backdrop People, And Do I Even Exist? by Kirsten Langston

“There are ‘backdrop people’ who act as space fillers for us. We have thrown them into our construct of reality to make our world more full-looking—like extras in a film.”

Have you ever heard of Dolores Cannon? She is a hypnotherapist and past life regressionist. She has many interesting theories; I have become a little obsessed with one of them. Her idea is this: There are “backdrop people” who act as space fillers for us. We have thrown them into our construct of reality to make our world more full-looking—like extras in a film.

You can find some really whacked-out videos about her theories on YouTube if you search her name. She had all sorts of out-there ideas and wrote quite a few books (which I have not read) based on these theories. How did she come by all of her wacky theories? Well, Cannon put people under hypnosis, and they told her weird shit. (Sidebar: Somewhere, someone is talking about how I once told them “weird shit.”)

Thousands of hypnotized patients have all told her identical things about life, death, the Universe, our world, other dimensions, and so on. She believed she was talking to the collective consciousness of humanity or her patients’ higher selves. She constructed a world view based on this information, and part of that worldview is that we construct our own reality. This reality isn’t really real.

This means reality is similar to the Schrodinger’s Cat paradox. Nothing exists until you see it; you create it. Life is your movie, and you are creating your own reality. Backdrop people are simply extras in your own personal movie. Now, the rule for backdrop people is that you never interact with them. These are random strangers that you never make eye contact with, talk to, or touch. So the barista at Starbucks is a real person, but the random dude you walked past who doesn’t seem quite human is totally fake.

According to Cannon, backdrop people have no auras and no souls; they are made up of pure energy. Where does the energy go when you leave the airport? Cannon is not sure. Can these backdrop people develop free will or autonomy? She says no. Can you go up to a backdrop person and begin an interaction? She believes you can. But then, are they still considered a backdrop person? Or are they now something else? Cannon says they can evolve, but evolve into what, I don’t know. Can they ever develop a soul? She says no. But then again, if you begin to engage with a backdrop person, maybe they were never a pretend person to begin with.

Well, Cannon doesn’t seem to know, but every movie needs extras, I suppose. They are pretend people that we have created to fill in the background of our lives. Imagine yourself in the airport, with all these busy people around, hustling and bustling. According to Cannon, you made them up!

Okay, I know this sounds batshit; I am in no way endorsing it. But I’m intrigued by the idea that all those millions and billions of people out in the world are made up by me. Or sometimes you and me collectively, if indeed you are real. ARE YOU REAL?!

There is only one thing I can put in the pro-backdrop people column that gives me pause. Sometimes when I am out and about, I will focus in on strangers in a crowd and see if I can read them. I do this to keep my psychic reflexes sharp. And sometimes, some people come across as complete blanks. Now, maybe I just can’t read them. Or maybe Cannon is right.

Of course, now everywhere I go, I wonder to myself, “Jesus Christ, are these people even real?” So the next time you are out in a crowded space, look around. Are these people around you real, or did you simply make them up to be extras in your movie? Oh, and if you’re feeling really adventurous, why don’t you try talking to one of them? 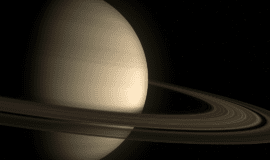