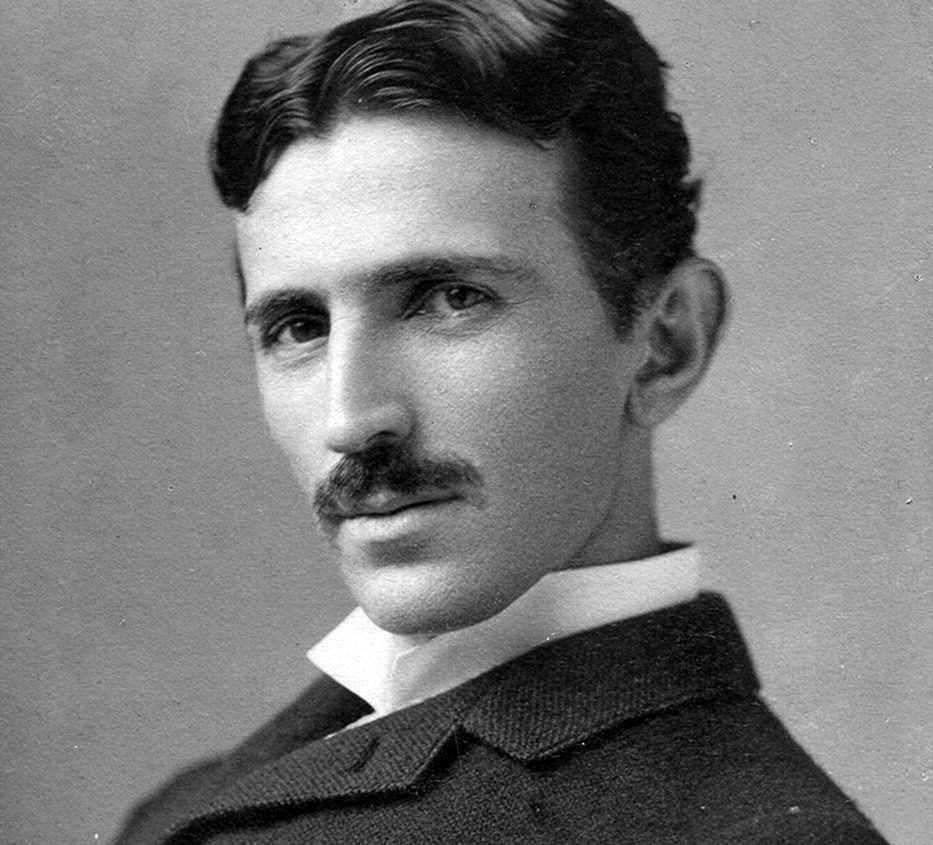 And his pillow talk is amazing by Kirsten Langston

I was lying in bed last night, on the verge of sleep when the weirdest thing happened. These things don’t normally happen, by the way, so maybe we can blame the bacteria that spent the better part of 2018 colonizing my body, or maybe the steroid nasal spray the doc gave me, or maybe even the penicillin.

Hell, perhaps I was simply going stir crazy from being sick for 23 days straight (Although when you add in the time I had this and beat it the first time then we are looking at 53 days of being sick out of the last 62.) and binge-watching Top 5 on YouTube.

Now that I have accurately described the current situation, let’s get to the nitty-gritty. Actually, I abhor that phrase, but let’s get to it anyway, shall we?

So there I am lying in bed, on the verge of sleep when out of nowhere I start thinking of Nicola Tesla. Now, the only association I have with Nicola Tesla is watching Bowie play him (and kill it) in The Prestige. Weird movie.

So here’s Tesla popping into my head. I start thinking of Tesla. Hmmm. What do I know about him? Died penniless, I think. And there are theories (or are they true? I can’t quite remember.) that Edison stole his ideas and the government shut him down.

Damn it. Why am I not sleeping?

I bet it’s the nasal spray. That’s a steroid. It’s probably making me all agro.

Maybe I should stop taking it.

Why is it the minute you get truly comfortable in bed you have to pee right away?

“I discovered time travel is not only possible but that it happens more frequently than we know. It happens in small increments. Nearly every day. Two wormholes open up and about each other briefly, enough to push whoever encounters them forward in time. Only by seconds. Sometimes several seconds. The wormholes close on their own and the time travel ceases. Wormholes open and close on this earth all the time. They are common. But only last for mere seconds. Just enough to move some people forward.

Time travel is not only possible, it is real and it is currently happening.”

Jesus Fucking Christ I’m talking to Nicola Tesla, I think. What the fuck is he doing in my bedroom talking about fucking time travel at 1:30 in the morning? I’m not asleep. Too agro and awake to have dozed off.

I’m then shown two black holes (not like the space kind but just two black holes) kind of wavy and floaty. Oscillating, I supposed you could say. Roughly the same size. Lots of wiggles going on. They both appear at exactly the same time and directly opposite each other.

And then poof! gone at exactly the same time. Blink on. Blink off. Done.

During this visual, I am aware that one can only move forward in time and not back. And there is this weird scooting feeling to it. Kind of like when you have to pull your dog along when he’s stopped to sniff something for ten minutes.

I am also aware that the forward movement in time can be as little as 2 seconds or as much as 30 or even, in some cases, 50 or 60 seconds.

I don’t get the sense that the person actually physically walks through the two holes more like they encounter them and then blink or pulse through. Like you encounter it and then are instantaneously transferred to the other side of the second hole. It’s weird. Hard to describe.

I am treated with a vision of Tesla surrounded by papers and can only assume this means he found this out via mathematics and not some other weird way. So it is of course theoretical only.

Of course, it’s also theoretical because it’s information I’m claiming to have received from a fucking dead man.

“This can be measured.”

Maybe I should do a Deep Dive on this guy? He seems nice.

No idea how he got to me. I’m not currently open for business.

Oh God, is there anyone else here?

Mmmm. Just got comfy. Hallelujah! On the verge of sleep.

Fast forward to now. I’m looking up the veracity of these things as I type this. It’s actually legit more or less. Of course, no one is saying people are moving forward in time by seconds on the daily because of two random wormholes opening at the same time. BUT I did find some building blocks that would support a theory like this.

Einstein’s spooky action at a distance thing for one. I’ve known about this one for years but did not realize it could apply to my new friend Tesla’s time travel theory. It does. So does the idea of two wormholes opening up near or next to each other. So does the matter created by wormholes. This is also a thing. And apparently, this only moving forward in time thing, is also a thing.

Go ahead, look some of this stuff up yourself. (Although sidebar: there is a TON of weirdo and conspiracy theory shit going on with Telsa so look for legitimate science papers on wormholes and quantum theory. Trying to find legit stuff on Tesla wasn’t easy.)

So, what do you think? Make any sense? A verging-on-sleep delusion? A visit from a dead scientist? Too much Top 5?