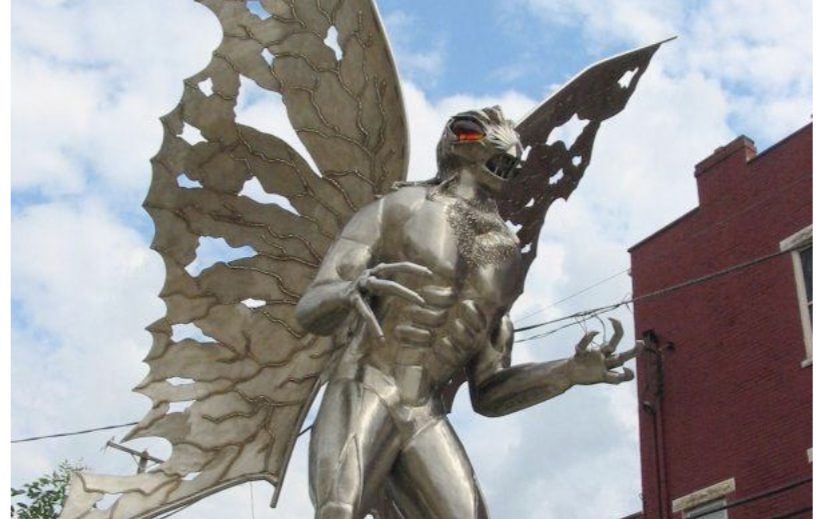 Love comes in all shapes and sizes. And realities. And dimensions. As spring approaches and we start to get out more, unexpected run-ins could happen in the most unlikely of places.

Have you heard the saying, “looking for love in all the wrong places”? Love isn’t to be found on the internet, in your local bar or your workplace. Try the local smelly bog or abandoned graveyard instead!

For those who are unaware, cryptids are creatures that cryptozoologists believe may exist based on folklore and rumor. They are not believed to exist by “mainstream science”, but just because their existence is “unsubstantiated” doesn’t mean you can’t have something substantial with them.

I’m gonna keep it real here, some of the creatures and entities on this list fall under the umbrella of paranormal, but aren’t quite classified as cryptids. Turns out these creatures are pretty good at hiding from us silly humans, so I had to branch out into the world of ghosties and demons to finish this roundup. They are all equal in mine and God’s eyes though, so it’s okay.

According to West Virginia folklore, an entity was sighted in the town of Flatwoods on September 12, 1952, after a bright object crossed the night sky. Was it an alien? A psychic entity? A ‘monster’? What we do know is that it could still be out there waiting for its one true love, like a princess in a Disney movie.

With that come hither stare and a jawline that could cut the bread on your first date, this creature is almost hypnotic. The name may be Flatwoods monster, but they are anything BUTT that. Look at the snatched waist on this curvy icon. Your flames of love may be stoked by a trip to the forests of West Virginia, Aries. That, or it’s the burning of contamination from the TNT plant.

Described by witnesses as a “large flying man with ten-foot wings” and a “large bird with red eyes”, I’m not sure how the artist of this statue landed on this physique…but I’m here for it. All he’s missing is the mothballs and a proboscis.

Theorists have drawn a connection between the sightings of Mothman to the collapse of the local Silver Bridge. Could he have been a harbinger of tragic events? I know when I start having a crush on someone, that’s what I feel about them.

What I do know, Taurus, is that he’ll be having your London Bridge come down…or something. I’m referencing that London Bridge song by Fergie which I know is risque, but I could never quite place what it meant. Let’s just say an encounter with Mothman will leave you with butterflies in your stomach. If this is speaking to you so far, feel free to look up the backside of this statue for a little treat.

What a catch! I hope you like swimming (skinny dipping, perhaps?)

A European journey to the Scottish Highlands could be a destined trip for you to have a run-in with a romance of prehistoric proportions.

The scientific community says Nessie is “without biological basis”, explaining sightings as “hoaxes, wishful thinking, and the misidentification of mundane objects.” Is this not what the bitter and downtrodden say of love, as well? Don’t let these self-proclaimed scientists get in the way of you and your wet and wild romance.

Did you ever see the film The Shape of Water? Fish food for thought.

There are people who dedicate their lives to finding Bigfoot, and others who dedicate their lives to searching for love – what if you were to find both in the same place? You know what they say about big feet…you’re about to blow a bag at REI on some big ass hiking boots. If hiking and camping are your idea of a good time, you’ll be in good company amongst the trees. If you’re worried you’ll be bored out in the forest, you can pack yourself a good book. Might I suggest: Boffing Bigfoot, Bigfoot Did Me From Behind and I Liked It, or Bigfoot’s New Mate.

If you’ve been feeling lonely, take solace in knowing you just haven’t found the right one yet(i). Many people have had the direction of their lives change in the past few years. If you are feeling stuck, or not sure what to do next, might I suggest a hiking trip through the Himalayas? Queue up “Ain’t No Mountain High Enough” and get packing!

The tale goes that the Jersey Devil’s mom had twelve children and after finding she was pregnant for the thirteenth time, cursed him in frustration, crying that this child will be the devil. (To be fair to her, I’d be over the whole child thing at that point, too.) Born on a stormy night in 1795 as a normal child, the Devil changed to a creature with hooves, a goat’s head, bat wings, and a forked tail. Thus the Jersey Devil was born, a unique creature just like you!

As the 13th child, this partner may require a little more love and attention than other devils usually do. As they say, idle hands are the devil’s playground, so don’t forget to take a break from your busy schedule to regularly assess if that’s true. If you ever break up though, forget about your Atlantic City trip, the folks of Jersey are very proud of their cryptid citizen.

We’re going Gen Z vibes with this one. Fairly new to the cryptid scene, born through internet lore, “Siren Head is a 40-foot-tall humanoid creature with a heavily emaciated, near-skeletal frame covered in dried, mummified flesh the color of rusty metal.” What I’m hearing is tall, dark, and handsome.

The skinny guy look is very in right now, just look at Pete Davidson and Timothy Chalamet. This is essentially the Iron Giant version of that aesthetic.

He’s a talker, so I hope that’s okay with you. Clearly, he is capable of siren noises, but he is also capable of mimicry. Hopefully, this is not something that is stooped to in a lover’s quarrel.

The Krampus is a figure from European folklore who, during the Christmas season, scares children who have misbehaved. I wonder what he does with adults who misbehave? All I gotta say is…what that tongue do.

If you are someone who gets overwhelmed or annoyed by incessant Christmas cheer, this guy will give you a new lease on the holiday season. Think of what a great Hallmark Movie your love will make: You’re a busy business boss who has no time for things like hanging up lights or caroling. He’s a creature of lore who only works once a year. You have a run-in at an underground BDSM club (the pictured chains and switch, hello?) you attend to get out the stress from your career. You teach him how to use spreadsheets to track the behavior of children worldwide, and he punishes the brats who throw snowballs at you when walking to your high profile New York job. You’re a match made in hell!

You’ll toad-ally fall for this guy. I mean, Love is in the name, can’t go wrong here.

This (not so) little frog-like humanoid is cute af. He’s one knit sweater away from being a charming children’s book character. He could be the Kermit to your Miss Piggy. Not sure how he feels about banjos, or instruments of any kind, as most sightings have just been roadside on dark nights. I’m guessing he’s trying to hitchhike, which may be how you end up crossing paths! Sagittarians like to travel and roam and it’s always great to have a partner to hop along. I already sold my tongue joke real estate on Krampus, so you’re just gonna have to use your imagination here.

Fair warning, if you’re vegan, you’re going to need to be okay with a mixed diet relationship. Unless you go the Bunnicula route and convert your bae to the veggie juice life. I also hope you don’t have dreams of maintaining a farm, because that may put a strain on this relationship.

Physical descriptions of the creature vary, with some describing it as more dog-like, while most others describe it as reptilian/alien-like. The photo provided is clearly more the latter, but if you’re more into doggie style that could be out there for you as well!

Headless horseman who? He’s overhyped anyways, this guy doesn’t need a pumpkin to compensate. Plus, we love an apparition in uniform.

A victim of the revolutionary war, you may have a chance at having a meet-cute with this mysterious mate in Southern Carolina. This partner is less talk, more action. Also, look at those rave boots. They clearly know how to have fun. As someone who can keep your cool and won’t lose your head, you’ll be a great support to one another.

He looks as if DC made Batman a villain instead of the hero. I say hero lightly because a rich dude beating up mentally unwell folk in the city streets (that he has crushed with his car tank) is a debatable example of heroism. That said, I’ve been watching the trailers for the new Batman movie, and wowee. This is my official apology for sleeping on RPats during the days of Twilight, where my tween self claimed to be “Team Jacob”. The sad boy energy he is emanating as Bruce is signaling to my “I can fix him” senses HARD. Anyways. I am getting away from the point here.

An entity from English folklore of the Victorian era, witnesses claimed Jack had metal claws on his hands and eyes that “resembled fireballs”. However, other versions of the story claimed he had the appearance of a “gentleman”. This was 1800’s London, he wanted to fit in with the times I’m sure. Pip pip cheerio, and all that. In the defense of those witnesses, most “gentlemen” I have met end up being menaces to society as well. Watching out for sportsmen may be a step in the right direction for finding this springy sprite of a spirit. 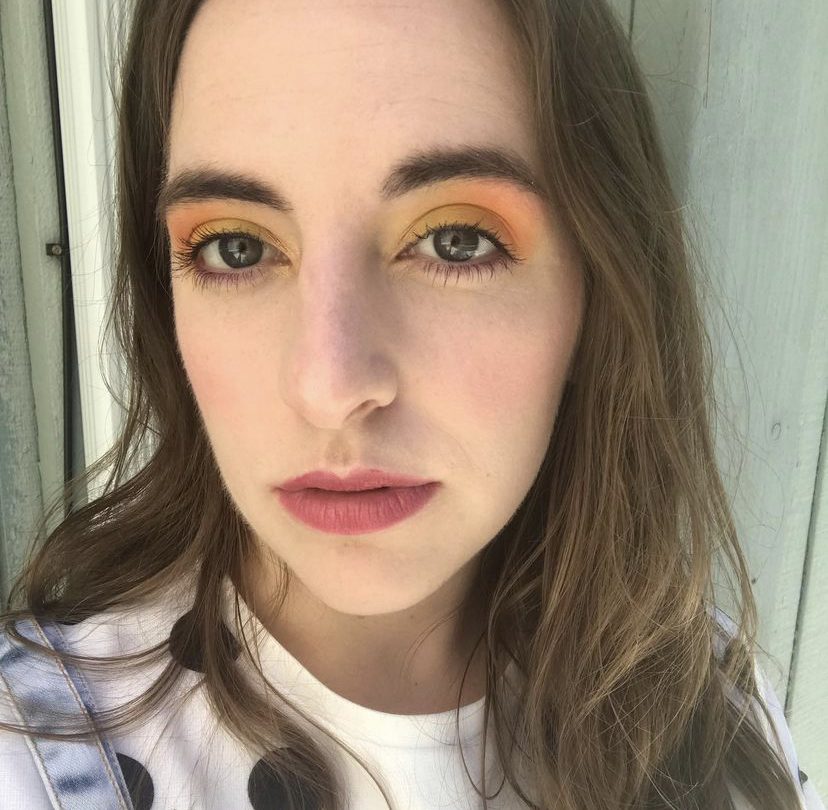 Aspen is a Dallas-born, California-raised writer who currently resides in Austin, Texas. When not day jobbing, Aspen is writing and performing comedy, and creating very specific playlists on Spotify. In true Gemini fashion, she is always trying out different vehicles of communication and expression. You can check out her most recent posts on Instagram at @asp_hole